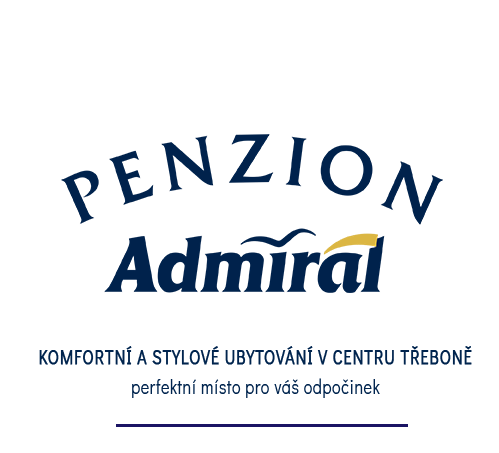 menu
EN - The town of Třeboň

The town of Třeboň

The town of Třeboň

If there is a part of the Czech Republic which is really worth seeing, it definitely is Třeboň and its surrounding. It is interesting for its architecture, valuable for its history and tempting for its nature beauties.

The ancient town of Třeboň lies in the picturesque South Bohemian countryside. It is also a town situated amidst the Protected Landscape Area and  the UNESCO Biosphere Reserve.

The area at the border with Austria has been changed into a landscape dominated by silvery fishpond surfaces laced as pearls on blue strings of streams and rivers. Hikers, anglers, cyclists, paddlers, mushroom-pickers and spa guests, all of them admire traces left both by the famous and the unknown.

The charming atmosphere of the historical Třeboň is completed by a number of cosy pubs with summer terraces, offering regional fish specialities  and the excellent beer of the local brewery.

The whole area is covered  with a dense network  of marked bicycle and hiking trails, which make it possible to get to know the typical South Bohemian countryside of fishponds, narrow field roads along vast colourful meadows and fields, deep forests and sunny clearings.

The Square surrounded by burgher houses with Renaissance and Baroque  gables in a natural centre of the whole town monument reservation. The most valuable house at the Square is the house To the White Horse. Another interesting building is the Old Town Hall whose 31 metres high tower offers a unique view of the surrounding landscape. In the middle of the Square there is a Renaissance stone fountain and a Baroque Virgin Mary column.
The entrance to the town is guarded by several mighty gates. The east side of the square is enclosed by the Hradecká gate. At the west outskirts it is the Budějovická gate  and the Novohradská gate is shaped into a  Gothic ogive. 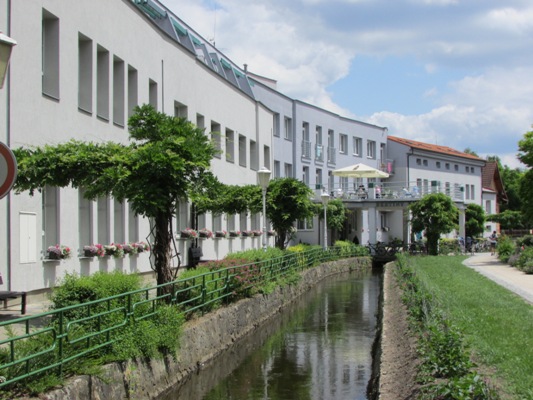 The spa procedures, which are focused mainly on treatment of locomotive organs, rheumatic diseases, post-accident and post-operative states.

The Berta´s Spa was established by Václav Hucek who was a teacher in 1882. To cure its patients, the spa used an unusual but original natural resource - peat, whose beneficial effects on human health have made the Třeboň Spa famous.

The Berta´s Spa is located in the historic  town centre, in the vicinity of the town monument reservation. It is a peat spa specialising in the treatment of locomotive organs. It consists of a relaxation complex with a multi-purpose rehabilitation swimming pool, whirlpool, sauna and steam bath, a sport complex with a fitness centre, squash and tennis court, bowling alley, the Adéla restaurant and Pizza-restaurant Top-Spin. 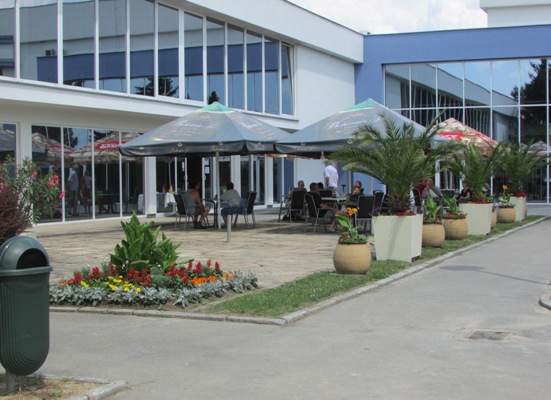 The Aurora Spa is located in the quiet setting of a large park at the bank of the Svět fishpond. It specialises in the treatment of locomotive organs disorders, , rheumatic diseases, post-injurious and post-operative states and complex recondition of body and mind.

Historical sights of Třeboň and its surroundings 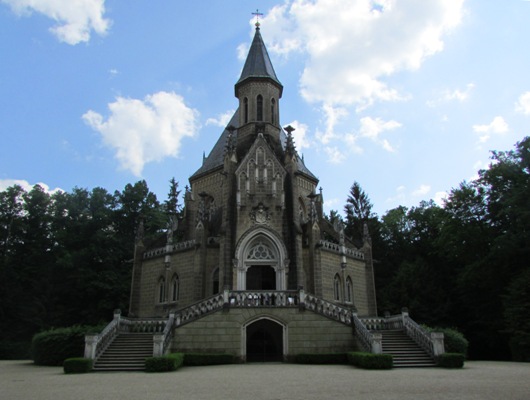 The tomb of the Schwarzenberg Family is one of the most architecturally remarkable monuments to be visited in South Bohemia. It was built in the 19th century in neo-Gothic style and it is located in an English park at the south-east part of the fishpond Svět. The tomb is in the shape of a regular hexagon. A chapel is decorated with an altar, which was made of white sandstone, plaster and Istrian marble by the sculptor Josef Pokorný.
In the tomb itself there are 24 coffins and a precious marble sarcophagus dating from 1789, which was brought here from Vienna.
In summer the chapel is used to hold concerts.

Originally there was a manor house situated at the site of the present castle complex. It was gradually rebuilt into a fort and later into a little stone castle. In 1366, the house of Rosenbergs  became the owner of the

Třeboň dominion. During the reign the town of Třeboň and the whole dominion gained in importance and wealth.

In 1602, Petr Vok of Rosenberg chose Třeboň for his residency. After his death in 1611, the castle was inherited by the Švamberks and in 1660 it passed to the powerful Schwarzenberg house.

In1958, the Třeboň castle, which is one of the largest castle complexes in the Czech Republic, was declared a national monument.

These days the castle offers its visitors guided tours and historical exhibits. An exposition of natural history called " A House of Nature of the Třeboň area " is also situated in the castle grounds. The largest part of the Třeboň castle is occupied by the depository of the State Regional Archives, where the Rosenberg Archive is also to be found.
In 2000, the archives were declared a national cultural monument. 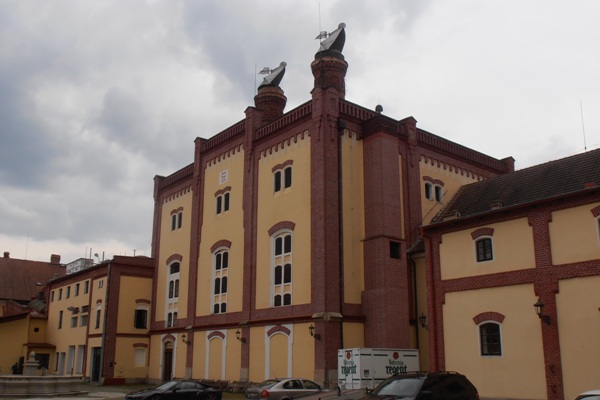 The earliest written mention of brewing in Třeboň is from 1379. From the Middle Ages there were three breweries - the castle, monastery and town breweries. After the great fire of 1781, only the manorial Schwarzenberg brewery remained, which was built in the years from 1699 to 1712 outside the walls in the former armoury of Petr Vok of Rosenberg. The brewery acquired its current appearance during the second half of the 19th century, when it was rebuilt and enlarged.

The brand name of Regent brewery is inspired by the historical figure of Jakub Krčín of Jelčany and Sedlčany ( 1535 - 1604 ), who was a regent of the vast dominion of Vilém of Rosenberg.
The current owner of the brewery is Bohemia Regent PLC.
A wide range of beers are brewed by traditional methods using Czech Saaz hops and Czech malt.

The brewery invites visitors to the town tours of the historic building and tasting of the golden nectar.

Come and discover the sights of Třeboň with its beautiful architecture.You will find our family pension Admirál only 10 minutes from the town centre.